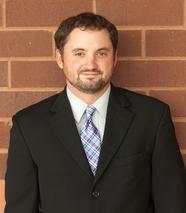 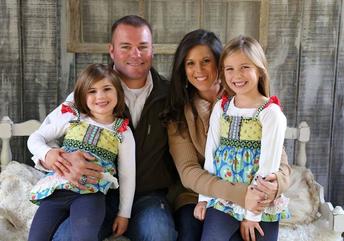 Jeremy Simpson has been an assistant coach at DeSoto Central High School since the fall of 2012.
Coach Simpson comes to DeSoto Central after working 2 years in the Shelby County Schools system.
Previous to joining the education and coaching field, Coach Simpson worked in the business field
including stints in fundraising with St. Jude Children’s Research Hospital and advertising sales.

A native of Newbern, Tennessee, Coach Simpson was a 2002 graduate of Dyer County High School where he helped lead the baseball team to the first state championship playoff round appearance in school history and the football team to the deepest playoff run in 25 years. Coach Simpson went on to attend and graduate in 2007 from Lambuth University in Jackson, Tennessee and has been involved by umpiring and coaching baseball and softball at all levels ever since.

I am truly honored to have the opportunity to join the DeSoto Central family. Thanks to all the great parents, players, administration, and teachers the future is bright for DC Baseball.

and on the field playing both baseball and football. After high school he signed to

team and pitcher for the baseball team. After Northwest, he signed to play both

fortunate enough to be a part of finished with records of 48-12 his junior year,

and 50-11 his senior year which earned them a 4th place finish in the Division II College World Series- In 2001, he was awarded the Boo Ferriss Sportsmanship Award at Delta State University. After his playing career, he began his coaching career as a Graduate Assistant Coach at Delta State in 2002 . He came to DeSoto Central in 2013 as an assistant baseball coach- In 2015, he helped DeSoto Central Baseball win in first State Championship
He is married to Samantha, who also teaches at DCHS, and has 2 daughters, Paisley (age 8) and Swayze (age 6)

of other day to day operations. Gentry, a 2012 Gulfport High School graduate, has spent the last

two years as an assistant coach at Jones County Junior College, where he worked with the

pitching staff and assisted with recruiting.

Myles pitched at Mississippi State from 2012-2015. He made 23 appearances as a freshman,

throwing 31 2/3 innings, as a part of Mississippi State’s 2013 national runner-up

College World Series team. In the summer of 2014, Gentry played for the Wareham Gateman


Myles graduated from Mississippi State University with a Bachelor’s Degree in Kinesiology, with special emphasis in Sports Studies/Communication. He is currently pursuing his Master’s Degree in Sports Administration.

What they are saying about Myles Gentry...

Chris Kirtland, Head baseball coach Jones College
“Myles is the type of person that makes the people around him better. He is a knowledgeable baseball guy, but also has a way of reaching players on a very personal level.  We were lucky to have him at Jones for the time we did and he will do great things in this profession.”

John Cohen, Mississippi State Director of Athletics
“Myles Gentry has outstanding baseball acumen...he is a great leader who has a bright future in coaching...His competitiveness and drive served him well as a player at MSU and I’m sure he will be able to instill these values in young student-athletes.”

Butch Thompson, Head baseball coach Auburn University
“I had the joy of coaching Myles while serving as pitching coach at Mississippi State. Myles, was a beloved teammate and was creative in adopting a sidearm pitching delivery his freshman season. He led our staff in appearances and was a major piece to our success. Myles now gets to use his competitive spirit and experience to ‘make a difference’ at DeSoto Central under coach Monaghan‘s leadership. All the best to one of my favorite former players.”

A 2009 graduate of DeSoto Central and former All-State

performer for the Jaguars baseball program, Coach Vinson returns to

his alma mater for his second season as an Assistant Coach.

While at DSU, he earned All-Conference, All-Region, and All-American honors.

In 2012, Vinson was part of Delta State’s Gulf South Conference and South

Regional Championship team who would eventually finish as National Runner-Up

After college, Vinson worked in the business field utilizing his Bachelor of Science degree in Sports Management and Master of Business Administration degree working for the Memphis Grizzlies and later becoming a licensed Insurance Agent.

He is married to his wife Katie, they have 1 daughter, Baylor (15 months). 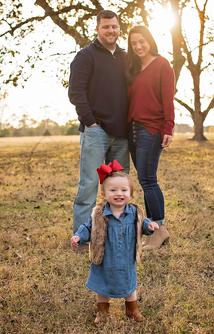 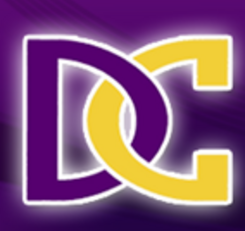